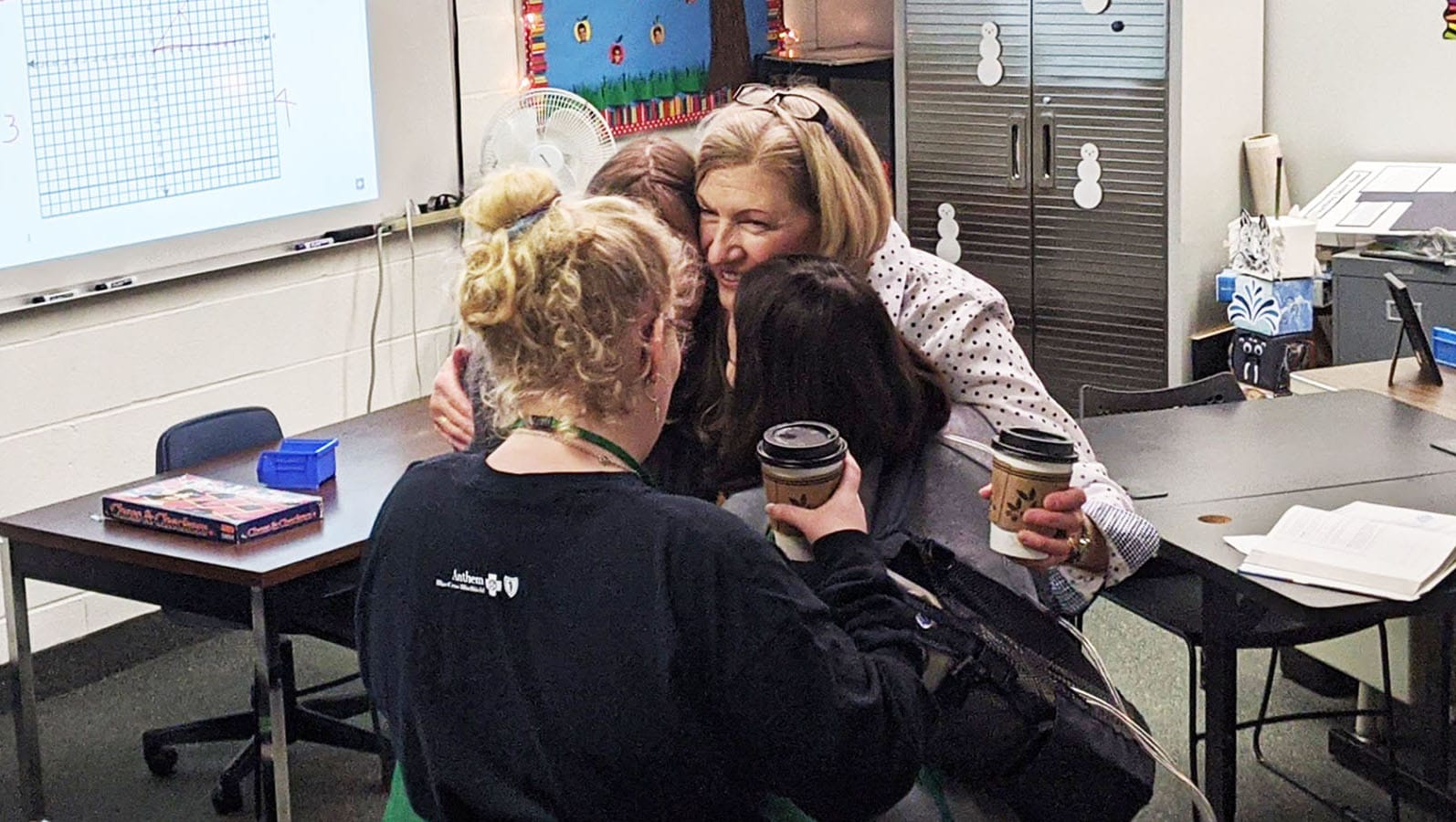 In January of 2019, the students in Mrs. Beach’s Economics class began discussions about opening a coffee shop at Summit Academy. Their goals were:

The students who initially started the project, did the fundraising, planned the renovations and presented their business plan to the Head of School were Ashley Antkowiak, John Gagnon, Alex Mounkes and Maggie Reeves.

$4,300 was raised, the business plan was approved, and permission was given to renovate the lower level of the Sierra House for use as Mr. B’s Coffee Shop.

Renovations to the Sierra House were completed during fall 2019. Mr. B’s partnered with Sunergos Coffee for guidance in purchasing grinding and brewing equipment as well as training student baristas. In February 2020, Mr. B’s held its soft opening. Student baristas are currently serving staff and high school students in the morning, as well as morning and afternoon carpool at the high school.  The coffee shop is open as a high school hangout each morning and can be booked by staff for special events. Mr. B’s sells Sunergos Coffee, hot chocolate, tea and Stroopwafels.

This spring, the coffee shop will add smoothies to its menu and also hold a grand opening!

Summit Academy’s 7th Annual Bluegrass, Bourbon & BBQ event took place on Friday, March 6, 2020! We welcomed over 200 guests and raised almost $73,000 in support of the school’s mission and programs. Thank you to all who attended and contributed to this incredible event.